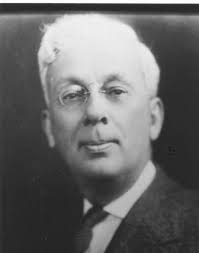 The James Flack Norris Award for Outstanding Achievement in the Teaching of Chemistry pays tribute to outstanding contributions to the field of chemical education. The Award consists of a $3,000 prize and a certificate. The presentation takes place at an Award Ceremony and dinner in November, followed by a formal address by the Awardee.

The Award, the first national award for outstanding achievement in the teaching of chemistry, was established in 1950 by the Northeastern Section of the American Chemical Society to honor the memory of James Flack Norris, Professor of Chemistry at the Massachusetts Institute of Technology, and a teacher of great repute. For more information, please see the Brief History of the Norris Award.

The first award was made in 1951 to Professor George Shannon Forbes, an outstanding teacher at Harvard and, in retirement, at Northeastern University. Past awardees are given in the list of Norris Award recipients.

Applications are accepted throughout the year and can be sent by email. The deadline for each year’s award is April 15 with the current year recipient being chosen in May.  Please note that applications are valid for 3 years and can be refreshed at any time.

James Flack Norris: The Man and The Award

James Norris was born in 1871 in Baltimore. He was the fifth of nine children and attended schools in that city and in Washington, D.C. His collegiate career started at Johns Hopkins University, from which he graduated with an A.B. degree, Phi Beta Kappa, in 1892. He was strongly attracted by the great Ira Remsen and consequently decided to carry out his graduate studies at Johns Hopkins where he investigated complex compounds of selenium and tellurium. In 1895 he obtained his Ph.D. After graduation, Professor Norris served in the Chemistry Department of M.I.T. In 1904 he moved to the newly founded Simmons College to become its first Professor of Chemistry and to head its School of Science. He remained at Simmons until 1915 except for 1910-11 when, feeling the need for more physical chemistry, he spent a sabbatical with Fritz Haber at Karlsruhe. After one year at Vanderbilt University, Norris returned to M.I.T. where he remained for the next 24 years as an enthusiastic and successful teacher of chemistry. On February 4, 1902 he was married in Washington, D.C. to Anne Bent Chamberlin, daughter of an Army Captain. They had no children. Professor Norris died in Cambridge, Massachusetts on August 4, 1940.

In 1916 Norris was a member of the Naval Consulting Board and during World War I he served as a Lt. Colonel in the Chemical Warfare Service. After the war, he served for ten years as vice chairman and chairman of the Division of Chemistry and Chemical Technology of the National Research Council.

Although serious when the occasion called for it, the debonair Norris was known as ” Sunny Jim” to a host of friends who found him a jovial companion.

His activities in the ACS were many: Chairman of the Northeastern Section in 1904 and President of the National Society in 1925 and 1926. As President of the Society, he did much to improve and clarify the finances of the society. He was also active in the National Research Council and in IUPAC, serving as vice president of the latter from 1925-28. He was an honorary member of the Rumanian Chemical Society and of the Royal Institute of Chemistry in Great Britain. In 1937, he received the gold medal of the American Institute of Chemists for “outstanding service as a teacher and as an investigator.” Norris was one of the first chemists to study the structure-reactivity relationship of organic compounds on a systematic basis. Between 1912 and 1922 he authored four influential textbooks in inorganic and organic chemistry. The income from those texts, at least in part, formed the foundation of the bequest from Mrs. Norris to the Northeastern Section in 1948. The purpose of this bequest, to quote the will of Mrs. Norris, is “to keep green the memory of James Flack Norris.

To coordinate applications and select the Norris Award winner.  The Norris Award is given for Outstanding Achievement in the Teaching of Chemistry.  The Norris Award is one of the oldest national awards of the American Chemical Society.  The recipient is selected from nominees who have served with special distinction as teachers of chemistry at any level and whose efforts have had a wide-ranging effect on chemical education.  We strive to select recipients (individuals or groups) who have truly changed, or greatly improved, the paradigm or effectiveness of chemistry education.

The Norris Award is one of the oldest national awards of the American Chemical Society and is presented annually by the Northeastern Section. The recipient is selected from an international list of nominees who have served with special distinction as teachers of chemistry at any level and whose efforts have had a wide-ranging effect on chemical education. The award has been given for a wide variety of achievements: for outstandingly effective textbooks, lecture demonstrations, or laboratory experiments, for editing the Journal of Chemical Education, for developing the Chemical Educational Material Study Project, or for new ways to teach laboratory courses in chemistry. Always, and this is of the utmost importance, the specific achievement must be coupled with dedicated teaching of chemistry at the graduate, undergraduate, or high school level. The award consists of a certificate and an honorarium.

When the will of Anne C. Norris (d. 1948) was read, the Northeastern Section was informed that it was a beneficiary, with an outright gift of $10,000 and the sharing of the residue of her estate in equal parts with the Massachusetts Institute of Technology. The will stated, “It is my wish that the Directors of said Society shall use the money in any way they may see fit to perpetuate the memory of my said husband James F. Norris.” Professor Norris had died in August, 1940, and the desire had not been satisfied for a way to honor the man who had made such a mark as teacher, confidential counselor, research scientist and personal friend during his years of teaching and research at Simmons College and MIT. His widow’s bequest in 1948 provided the impetus.

A committee under the leadership of Gustavus J. Esselen, the Section’s senior adviser, was set up to explore how best to use the money. The expectation was that the income from the bequest would amount to over a thousand dollars a year, a tidy sum, and in the April 1949 NUCLEUS Esselen requested suggestions from the Section’s members. By June he had received twelve proposals and his committee consisting of Chester M. Alter (Boston University), Theodore C. Browne (Dewey and Almy), Ernest C. Crocker (ADL), Kenneth L. Mark (Simmons), Avery A. Morton (MIT) and John O. Percival (Monsanto) worked on the problem for the rest of the year. The decision was announced in January, 1950. The statement read “The James Flack Norris Award shall be made for outstanding achievement in the teaching of chemistry, particularly when demonstrated at college or secondary school levels rather than shown in research.” This approach to memorialize Norris recognized the emphasis he placed on teaching, and the Committee’s fear that another award for outstanding research would be lost in the crowd.

The announcement which appeared in the NUCLEUS for January, 1950 read:

“The first national award for outstanding achievement in the teaching of chemistry is announced by the Northeastern Section of the American Chemical Society, Inc. in memory of the late James F. Norris. Teachers from schools, colleges and universities will be eligible. This is in accordance with the wishes of the late Anne C. Norris of Cambridge who left the Northeastern Section a bequest of $10,000 plus half of the residue of the estate, to be used to perpetuate the memory of her husband James F. Norris.

Believing in the importance of excellence in teaching as a contributing factor in the progress of chemistry, the Board of Directors of the Northeastern Section have selected this form of award as a memorial to Professor Norris, himself a teacher of great repute. The award will consist of a suitably inscribed certificate and a sum of money, and will ordinarily be given biennially, in the years when the Richards Medal for achievement in research is not awarded by the Northeastern Section.

Professor Norris was a student of Ira Remsen, one of chemistry’s greatest teachers. (Norris) gained his outstanding reputation as a chemistry teacher at Harvard and Clarke (sic) Universities, as Professor at Vanderbilt University and Simmons College; and at the Massachusetts Institute of Technology where he became Director of the Research Laboratory of Organic Chemistry. He was Chairman of the Northeastern Section, was twice President of the American Chemical Society and served on its Board of Directors for eleven years.”

The early recipients were chosen by a secret committee, again led by Esselen, who remained active in promoting the memory of Norris for the next couple of years until his death in October, 1952. Open election of the Norris Award Committee did not begin until 1954, when it was realized also that the capital funds were adequate to give the award annually, instead of biennially. The first presentation was made in May, 1951 at the Harvard Club to George Shannon Forbes (an old friend of Norris), an outstanding teacher at both Harvard and, in retirement, at Northeastern University.

[1] The first paragraph of this account is from the Program for the James Flack Norris Award of 2002, section: “The Award.’ The remaining paragraphs are from an article by Myron S. Simon in The NUCLEUS, 2002 LXXXI (3),4.

The Northeastern Section of the American Chemical Society is pleased to announce that Dr. Paris Svoronos is the winner of the 2020 James Flack Norris Award for Outstanding Achievement in the Teaching of Chemistry. 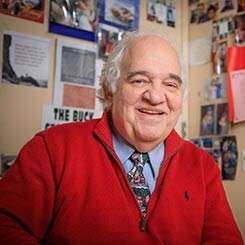 Topic: “From GED to Ph.D. or M.D.: How a Community College Student Can Achieve this Goal”

Topic: “How Organic Chemistry Became One of UCLA’s Most Popular Classes”

Members Outside of the Local Section

Editor of the Journal of Chemical Education 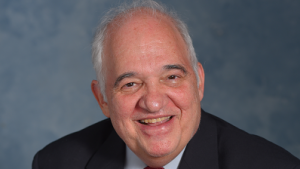 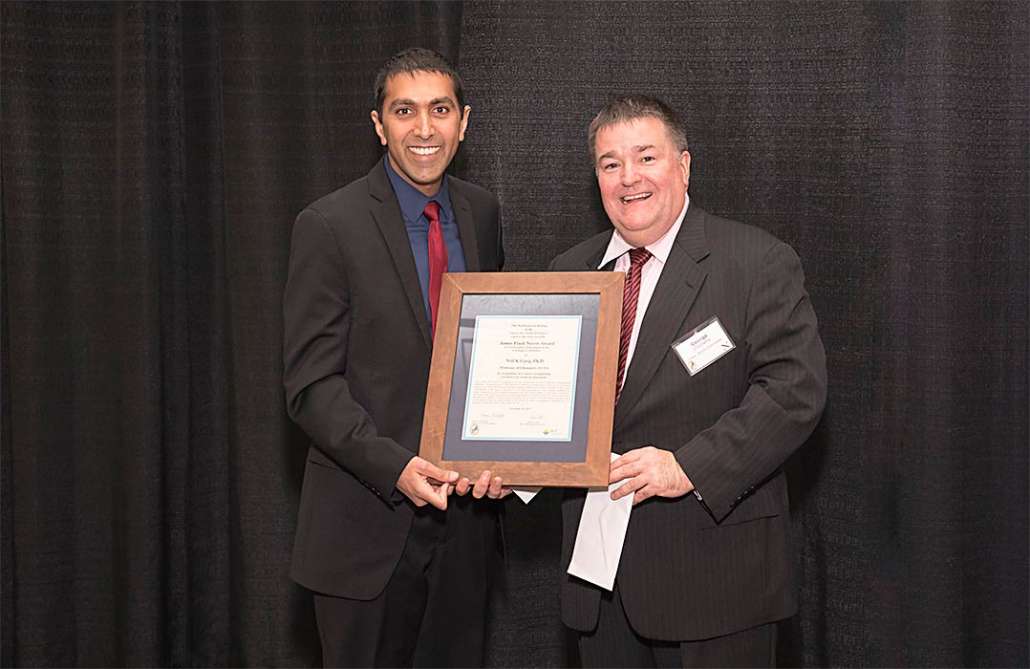 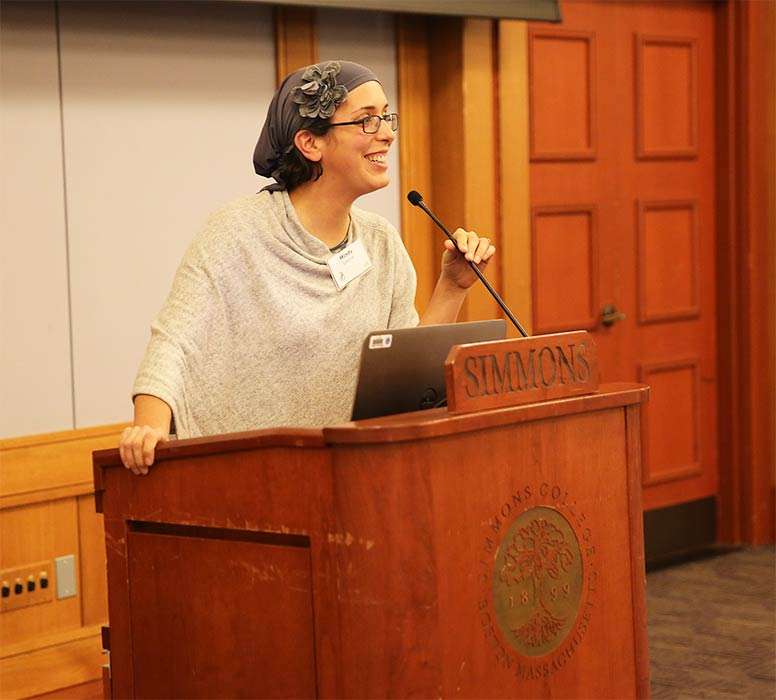 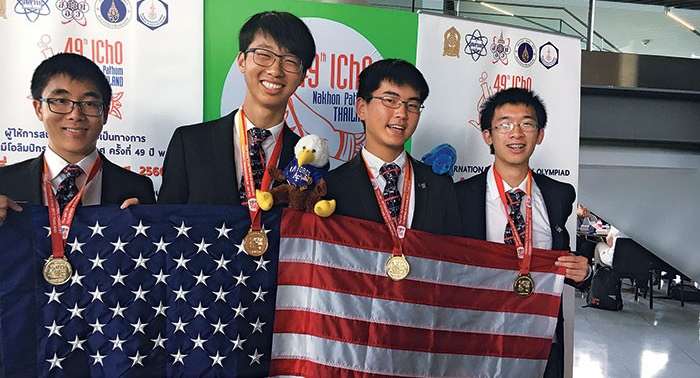 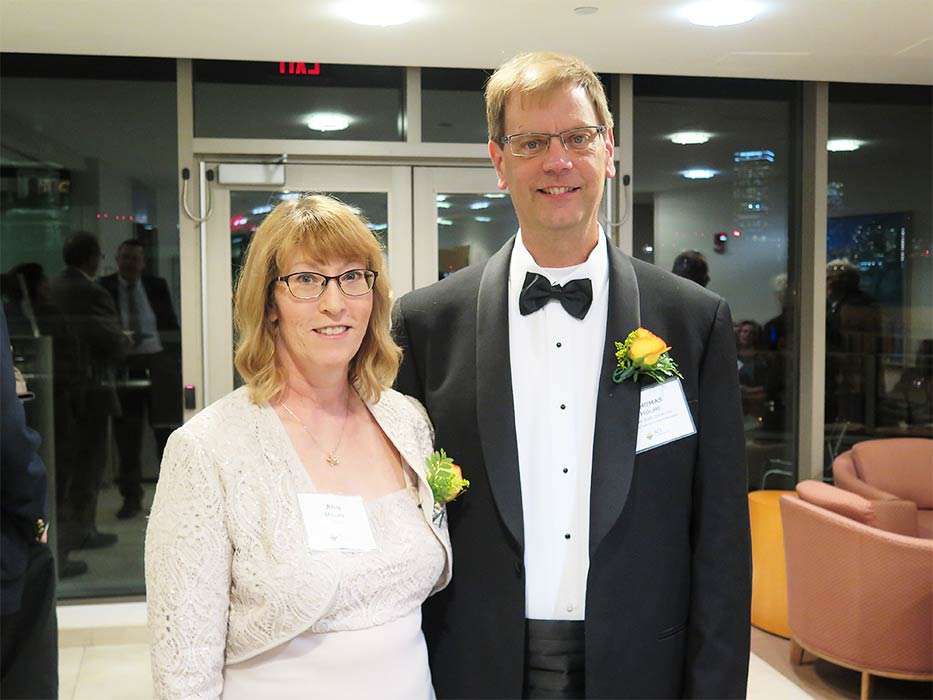 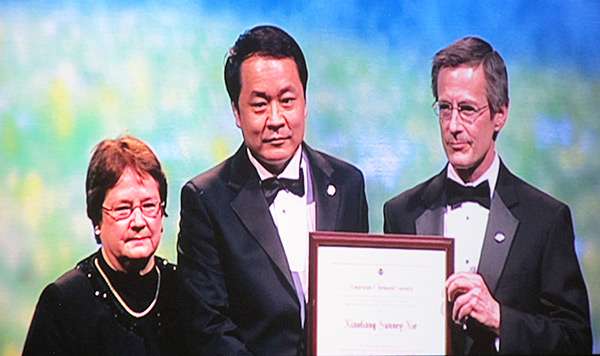 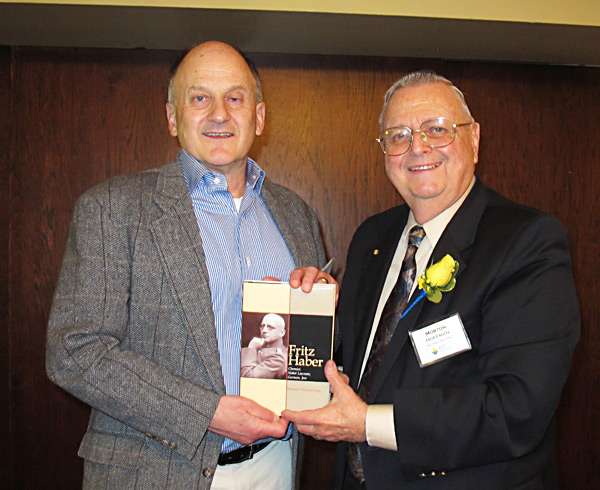