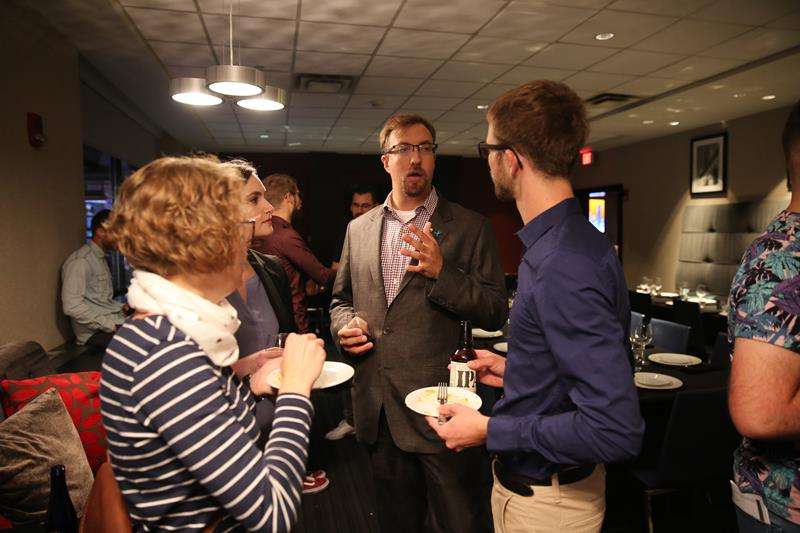 To promote educational and cultural exchange between NESACS and the German Chemical Society (GDCh). Our primary event is the yearly student exchange program.

In the spring of 2001, nine members of the German Chemical Society (GDCh) Younger Chemists Committee (JCF) traveled to Boston for a week of networking, cultural exchange and science. This marked the beginning of a very successful annual exchange program between the GDCh-JCF and the Northeastern Section of the American Chemical Society (NESACS) Younger Chemists Committee (YCC).

Each year since the program’s inception, a group of younger chemists has traveled across the Atlantic Ocean to participate in a week-long program. The program usually consists of visits to local laboratories, tours of local companies, presentations at a regional student research conference, networking events and, of course, sight-seeing. Foreign career and educational opportunities are especially emphasized throughout the week.

The German Exchange Steering Committee and the Education Committee of the Northeastern Section of the American Chemical Society (NESACS) invite applications from undergraduate and graduate students of chemistry, biochemistry, and chemical engineering (including materials science) at colleges and universities within the Northeastern Section who are currently engaged in original research to spend a week in Germany as the guests of the Jungchemikerforum (Young Chemists Committee; JCF) of the Gesellschaft Deutscher Chemiker (German Chemical Society; GDCh). The exchange group will consist of up to 12 students and a number of faculty and industrial representatives.

Each student representative from NESACS will be expected to make a poster or oral presentation on his/her research at the Frühjahrssymposium, and upon return at the Northeast Student Chemistry Research Conference (NSCRC) in April. Air tickets will be provided by NESACS; accommodations in Germany will be covered by GDCh. A working knowledge of German, while useful, will not be specifically required; the language of the Frühjahrssymposium and the other events will be English. 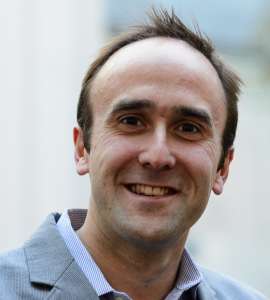 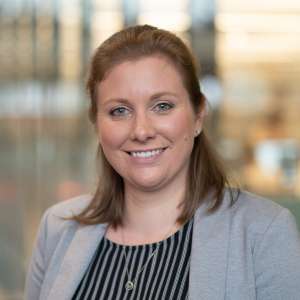 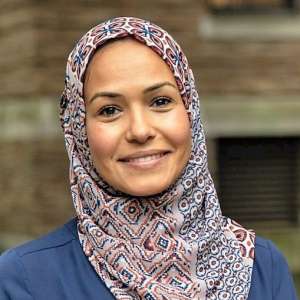 In the 19th year of the German Exchange program, twelve chemistry students from nine colleges and universities within NESACS, accompanied by three members of the NESACS German Exchange Committee, traveled to Bremen, Germany, on March 16- 24, 2019. The journey to Bremen began with
an overnight flight to Munich, connecting with a flight to Hamburg. The group’s bonding process, which had begun with a self-introduction and orientation session two weeks earlier, was in full swing by the time the first of many group photos was taken at Munich airport (Figure 1).

The group was met at Hamburg Airport by Elisabeth Kapatsina, Education Department Manager of the German Chemical Society (GDCh), who was to be our guide, adviser, and close companion for the week. A charter bus brought the group to its hotel in downtown Bremen. After a rapid checkin, the group was off on a walking tour of the old city. One of the first sights (Figure 2) reminded us that Bremen is not far from Holland.

The walking tour of Bremen provided views of many historic sites including St. Peter’s Cathedral, the 600-year-old town hall, the famous statue of the Bremen Town Musicians (Figure 3) and the many shops and restaurants between our hotel and the Weser Riverfront. That evening the delegates were welcomed by their JungChemikerForum (JCF) hosts at a dinner featuring classic German food and beer.

On Monday we traveled to the North Sea port city of Hamburg where we toured the new Elbphilharmonie concert hall (Figure 4). A tour of the harbor followed, which included views of Hamburg’s massive container port. Our last stop in Hamburg was Miniatur Wunderland, an amazing collection of animated cityscapes and natural vistas from around the world – all reproduced with dramatic lighting and remarkable detail in miniature. The exhibits also included some other worldly features, such as the take-off and landing of a miniature Millennium Falcon.

What appeared to be a rocket ship from a distance proved to be the 146-meter drop tower of the Center of Applied Space Technology and Microgravity, aka, ZARM (Figure 5); one of three microgravity drop towers in the world. ZARM scientists study the effects of microgravity on chemical and biological systems. That afternoon, the group visited the Airbus facility near Bremen Airport where the wings for all the Airbus commercial jets are built. As one of our delegates noted, “From now on, I won’t look at a plane without thinking of its endless number of flaps”

On Wednesday, the group returned to Bremen University for a tour of the chemistry department and graduate laboratories. We also learned about the German education system and new approaches to preparing public school chemistry teachers with the goal of their better preparing their own students for higher education and professional careers in science.

In the afternoon, we traveled to one of several BASF plants in Nienburg, Germany (Figure 6). There, we observed how they make catalytic converters for diesel engines: a process involving submerging porous ceramic cylinders in suspensions of ruthenium, palladium and platinum compounds followed by heating the cylinders to bond the metals to the ceramic substrate. That evening we returned to Bremen for the opening reception of the JCF spring symposium, or Frühjahrssymposium, where students from around the world introduced themselves to each other and discussed chemistry while sampling local food and beer.

Among the more memorable plenary lectures was the first one in which David Leigh of the University of Manchester described molecular machines using an engaging blend of chemistry and magic. Other plenary speakers explored green chemistry themes and how chemistry can be carried out in alignment with the United Nations 17 Sustainable Development Goals. The social program included a pub crawl on Thursday night and a conference party with cocktails, dinner and dancing on Friday night.

After the conclusion of the symposium at noon on Saturday, our delegates last excursion took them to the Café HAG coffee roasting factory, which was the site of the first commercially successful production of decaffeinated coffee. After a history lesson on the production of decaffeinated (and regular) coffee and drinking samples prepared from beans from around the world, our group returned to downtown Bremen for last-minute gift purchases and a farewell reception at the Bremen Ratskeller (Figure 7) during which we exchanged gifts with our German hosts. Early the next morning most of the delegation boarded a bus for a return trip to Hamburg and flights through Munich back to Boston.

Student reflections on their trip to Bremen:

“My time in Bremen was unequivocally one of the best weeks of my graduate school experience.”

“The 2019 German Exchange Program was fantastic, and absolutely the highlight of my undergraduate studies.”

“I still vividly remembered the sites we visited in Bremen on the day we arrived.”

“I was enchanted by Bremen’s culture and history.”

“Bremen is a beautiful city and we took full advantage of all it had to offer, from a tour of the old city to dinners on a converted trading ship and in the city wine cellar.”

“Our German counterparts were wonderful: welcoming us to Bremen and getting us everywhere we needed to be.”

“Our hosts in Germany and the professors who came with us not only took care of everything for us but also joined us in having fun.”

“Our excursions to locations such as Airbus and BASF offered unique insights into science outside of an academic lab.”

“It was a great opportunity to learn about chemistry while presenting my own research, and networking with scientists from diverse backgrounds.”

“We had the chance to meet enthusiastic young scientists from all over the world.”

“Networking during this event gave me new perspectives on my own work and career plans.”

“Our group from NESACS quickly bonded over our shared excitement.”

“It was amazing how a few days’ experiences could pull our group so close together.”

“I am certain that I made not only valuable networking contacts but also lifelong friends.”

“I have gained a strong sense of confidence in my abilities as a scientist, as well as the impact that I will be able to make going forward in my career.”

“I would like to thank NESACS, the German Chemical Society, our exchange chaperones, and my fellow delegates for making this a truly unforgettable experience.”

Members of the 2019 NESACS GEX Delegation to Bremen, Germany:

Figure 4. Delegates on a dock near the Hamburg Elbphilharmonie concert hall

Figure 5. Two views of ZARM “(a) We are joined by our ZARM tour guide, Julia Tielke (seated first on the left). (b) The microgravity drop tower

Figure 7. NESACS delegates and their JCF hosts at the Bremen Ratskeller for their farewell dinner 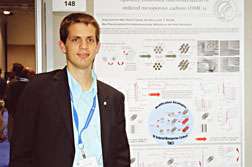 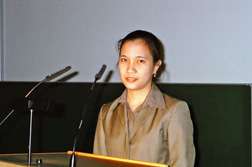