Thursday, the 13th of May 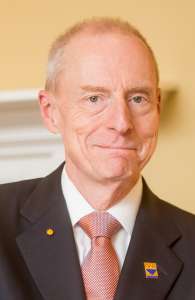 Introduction of this evening’s speaker by

Title: What I Learned: Forty Years of Acquired Knowledge That Has Nothing To Do With Science

Abstract: One of the things attributed to Yogi Berra that he probably never said is, “You can observe a lot just by watching.”  A corollary that he probably never said either is, “Pay attention to what’s going on around you; you might learn something.”  Personally, I’ve tried to take both of those non-Yogi-isms to heart.  This talk is about some of the bits of what I hope are wisdom that I accumulated in forty years in the chemical industry as a scientist, a manager, a spokesperson, an advocate, a diplomat and an ACS volunteer.  All of it is useful inside or outside the chemical industry.

Biography: Dr. William F. Carroll, Jr., holds a Ph.D. in Organic Chemistry from Indiana University, Bloomington, IN.  He retired from Occidental Chemical Corporation in 2015 after 37 years and now heads his own company, Carroll Applied Science, LLC.  He is also Adjunct Professor of Chemistry at Indiana.  Bill has served as President and as Chair of the Board of Directors of the American Chemical Society (ACS), one of three living members to hold both offices.  He is a Fellow of ACS, as well as the American Association for the Advancement of Science (AAAS) and the Royal Society of Chemistry (RSC).  In 2009, he was chair of the Council of Scientific Society Presidents.  Bill has received Distinguished Alumni Awards from both Indiana and DePauw and has over seventy-five publications in the fields of organic electrochemistry, polymer chemistry, combustion chemistry, incineration, plastics recycling, sustainability and … popular music history and analytics.