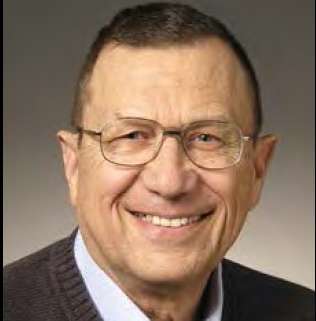 Jerry P. Jasinski, 80, died unexpectedly at his home on April 12, 2021.  He was born in Newport, NH, to Victor and Ann (Piotrowski) Jasinski.  He graduated Towle High School in 1958, and earned Bachelor’s and Master’s degrees in chemistry at the University of New Hampshire, a Master’s degree in natural science from Worcester Polytechnic Institute, and a Ph.D. in chemistry from the University of Wyoming.  He also served for a short time in the U.S. Marine Corps.  Jerry’s career spanned more than five decades of teaching, research, coaching, and officiating.  He spent nine years as a secondary school chemistry/physics teacher in the districts of Middleburgh, NY, Claremont, NH, and Springfield, VT.  In 1978, he joined the faculty of Keene State College (KSC) as an assistant professor, and retired in 2019 as emeritus professor.  In the course of his career, he published more than 1,000 scholarly journal articles.

In his Chair’s inaugural statement in 2016, which was published in the January 2016 issue of The Nucleus, Jerry wrote, “Among my goals for 2016 are to continue to support the activities of our award winning Younger Chemists Committee (NSYCC), and continue the active recruitment and engagement of our secondary school teachers, particularly though the ”Connections to Chemistry” program that our section supports annually, as well as other committees’ programs, including the annual exchange with our German counterparts.  I wish to support and maintain the outstanding collaborations we enjoy with the activities of the medicinal chemistry group, and am proactive in supporting international symposia and exchange programs that allow for a sharing of ideas and networking in a global environment.”

Jerry Jasinski’s name also became synonymous with athletics in Springfield, VT, where he lived, and throughout the Green Mountain State.  He was visible as a longtime high school football and basketball official, but his biggest contribution to Vermont high school athletics was in track and field.  Jerry and his good friend and fellow track and field coach, Steve Zemianek, launched the Vermont State Decathlon in 1976.  For 35 years, Jerry ran the decathlon event, which is now called the Jerry P. Jasinski Vermont State Decathlon in his honor.

It would be fair to say if Zemianek and Jasinski meet in the afterlife, their first meal would be a kielbasa.  That delicacy was part of the many stories Jerry would weave.  You could be certain that during those daylong decathlon events, the subject of kielbasa would come up at some point.  One of his favorite stories was about the late Bo Birsky, the legendary Springfield coach; Jerry would regale people with the tale of Birsky throwing kielbasa on his car’s carburetor to keep the delicacy warm for the post-game meal when he officiated football.

Many thanks go to Tom Haley of the Rutland Herald, whose excellent writing was used for some elements of this article in memory of our friend and colleague, Jerry Jasinsky.

From the September 2021 issue of The Nucleus: https://www.nesacs.org/pub_nucleus/2021/Sept2021NUCLEUS.pdf

The Nucleus, now in its 100th volume, is the flagship publication of NESACS. The Nucleus chronicles many of the events and activities of NESACS, while also offering special articles and other features of interest to our chemistry community.

Learn about the mission of each NESACS Committee. Volunteers are crucial to the success of NESACS: find out how you can get involved.